This marks the fifth X-Men movie that’s come out, and this time we get brought back to the basics – the origin of the X-Men. The film mainly focuses on Erik Lehnsherr (Michael Fassbender), who becomes Magneto, and Charles Xavior (James McAvoy), who eventually leads the X-Men as Professor X.

This movie is good, and bad.

For most of the first act, we follow a very James Bond looking Lehnsherr as he travels the globe, killing escaped Nazis who were responsible for the German death camps in WW2. He’s in search for one specifically, a pseudo Josef Mengele played by Kevin Bacon, who killed his mother. Odd I know, but it kind of works. 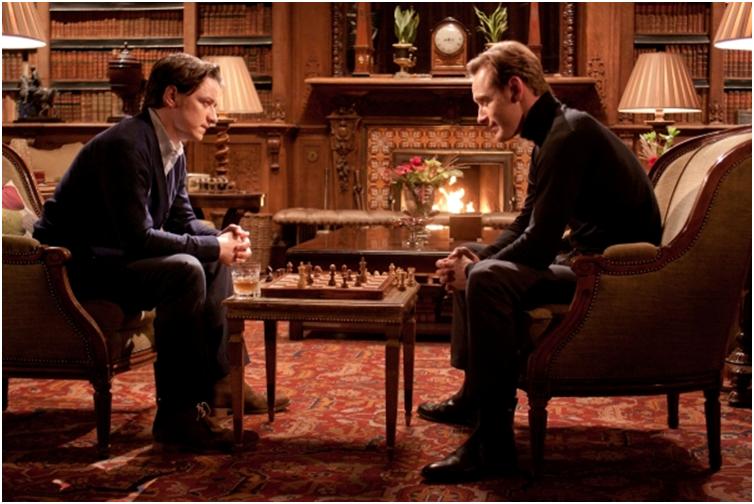 The way director Matthew Vaughn shoots Michael Fassbender in this film is as if he’s sending in an audition tape to Sony, showing them that he and Fassbender are capable of making a James Bond film. It’s honestly the best part of the film.

James McAvoy is very charming and smooth as the young Professor X, but to me, it felt forced. I don’t believe that Charles Xavier was a partier when he was younger, spending time in Pubs, picking up girls – does that sound right to you?

Where the film really falls flat, is introducing a slew of under developed characters. After X and Magento join together, the film ensues into a montage of the duo finding mutants and asking them to join the X-Men (which includes a scene stealing cameo by Hugh Jackman).

Once the “first class” is gathered, they’re just a bunch of young kids that aren’t funny, don’t have good chemistry, and aren’t very good actors (minus Hoult and Lawrence, who in all honesty, don’t really add too much into the film). 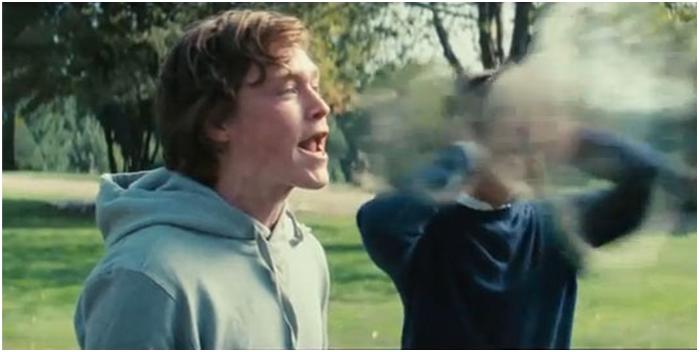 The actors and characters are almost laughable to me; the effects and actor that they used for Banshee are pretty ridiculous, and almost an unforgivable mistake by Vaughn to let it happen. The veteran character actors, or as I like to call them, the Heavies bring a bag of mixed swill to the movie.

Oliver Platt plays The Man in Black, who works for the Government and is really excited about forming a group of mutants that would be “good guys”. It seems to me that Platt is supposed to serve the purpose of Clark Gregg’s role in the Marvel Universe as the S.H.E.I.L.D contact, but since Marvel (Disney) own the rights to X-Men, and Fox does – we’re left without a Marvel/Avengers tie ins – which in all honesty, serves the film better. Plus, Oliver Platt and his tremendous talent are very much underused in the film.

Kevin Bacon, who plays Sebastian Shaw (same character as the Mengele inspired character at the opening), is the most powerful mutant in the film that is capable of harboring any energy that is thrown at him, and he makes for a wicked villain, but even his character isn’t given a whole lot to do, aside from looking cool.

In the end you’re left with the two main characters that are unevenly developed. McAvoy and Fassbender are supposed to be equals in the film, yet they just aren’t. While they share about the same amount of development, I feel like Vaughn spent so much more time on Fassbender, and put forth all of his effort whenever his character was on screen, and he got kind of lazy with the rest of the film. Maybe not lazy, but he certainly didn’t put forth as much effort.

I believe this film would have been a lot better, if the same cohesive and taught filmmaking were brought to the rest of the film, and not just solely on the thick and juicy plot marrow that we get to relish in between McAvoy and more so Fassbender. My initial thoughts of the film were very, very high, but after I digested this, I realized that Christopher Nolan really has spoiled the whole comic book movie fetish that I used to have, by making his Batman films so fucking great.