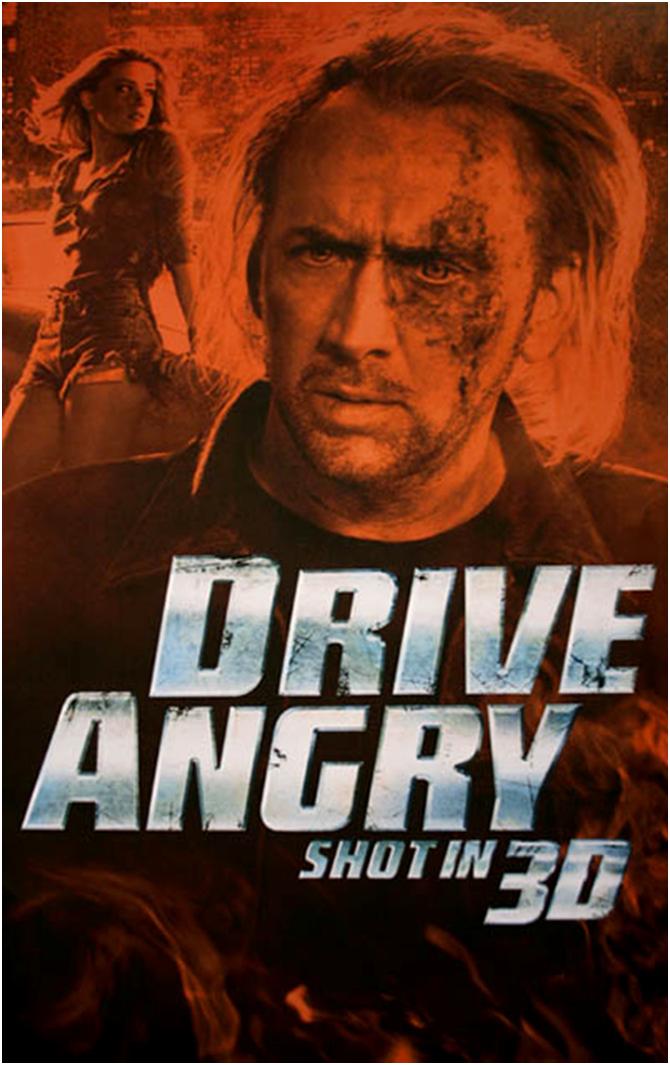 “What’s he gonna do? Not let me back in?” – John Milton (Nicholas Cage)

I saw this movie last week, and I still haven’t been able to form a coherent review for this film. So you know what? We’re just gonna wing it. John Milton (Nicholas Cage) – yeah, you should get the blatant reference – escapes from Hell to save his granddaughter. See, the thing is after Milton died, and got sent to Hell for being a bad motherfucker, his daughter and her husband joined a cult lead by Jonah King (Billy Burke) who ends up killing Milton’s daughter and son in law, and takes her newborn baby to sacrifice and call Satan upon Earth. Meanwhile! Same bat time, same bat channel – The Accountant (the always incredible William Fichtner) comes after Milton, to bring him back.

Oh yeah – this movie includes way cool muscle cars, a lot of titties, is actually shot in 3-D, terrible dialogue and has some weird gun that kills gods (?).

Just let me put it this way, this movie parties like Charlie Sheen.

It’s a crude yet divine B movie. I won’t go into over analyzing the plot because it’s pretty weak – although there are some pretty cool subplots. What I do want to convey is the fact that this movie is really well made. No joke. Fosh.

Nicholas Cage has two cylinders. High and low. High being “Leaving Las Vegas”, “The Bad Lieutenant Port of Call: New Orleans”, “The Weather Man” – you get the picture. The other cylinder is “Ghost Rider”, “Con Air”, and “Snake Eyes”. There is never really an in-between. Fuck, Cage doesn’t even have a limbo. Kind of like Michael Madsen.

In “Drive Angry” Nicholas Cage creates a third cylinder: awesomeness. In this film he wears cool shades, has bleached slicked back (redneck style) hair and wields a double-barreled shotgun as good as Ash, though Cage’s is sawed off. His dialogue is straight from a Samuel Fuller film, and most importantly – he gets the babes in 3-D.

John Milton is that walking cliché that we’ve grown to hate. We’ve seen him over and over and over again, but Nicholas Cage drops it like it’s hot. It’s like Nicholas Cage took the role on with the mentality of, “oh yeah? You guys think I’m so fucking bad? I’ll shooooooow you baaaaaaad…” – I mean, that’s just how incredible he is in this.

Amber Heard is that girl who shows up, who you want Cage to bone. She’s the random girl that Milton meets while on his travel to stop the cult from killing his granddaughter. And of course, she helps him out, she’s stuck in a shitty situation that Milton helps her out of, because deep down inside, we all know that Milton has a heart of gold.

She serves her purpose, nothing more, nothing less.

Then we have William Fichtner who I always, always enjoy (see “Albino Alligator” now). And while we’re on the subject of Fichtner, I always thought it was interesting that he had a small part in “The Dark Knight” as the Bank Manager at the beginning of the film. I bet he’s in “The Dark Knight Rises”. Anyway – he’s just as good as Cage in the movie. 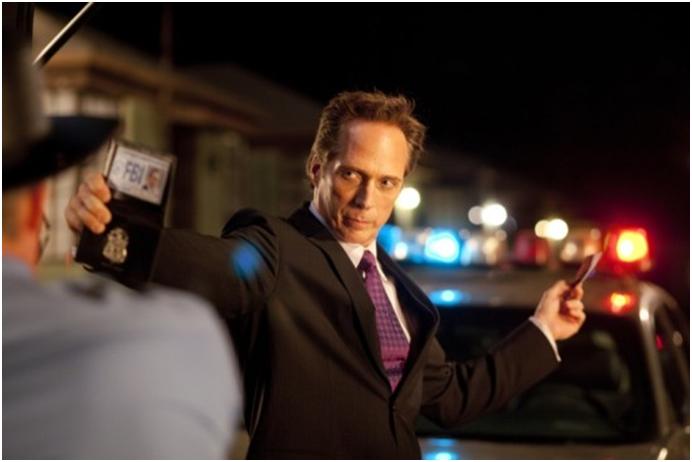 He’s the always reliable comic relief. He gives a stiff performance and delivers his dialogue in a quirky awkward manor. His interactions with people in the film are incredibly enjoyable. He flirts with them and then delivers them the how many years it will be until he sees them again. Fichtner is the man, like David Carradine was in “Kill Bill”, yo.

This is the 3-D film that is worth paying the price of admission for. For starters, the filmmaker actually shot the film in 3-D, and didn’t do post conversion crap like “Clash of the Titans”, “Green Hornet” and the upcoming Marvel movies did. Yuck.

This movie has the best 3-D shoot’em up sex scene ever. Nough said.

The director really knew what he wanted, everything meshes perfectly. This film is what “The Expendables” really, really, really wanted to be. The production of the film doesn’t cut any corners, and there really isn’t anything that disrupts the flow of the film. This has to be the most well made B movie ever. I loved every second of it.

Go see this movie; it’s a lot of fun.